LONDON FOOD, SANDWICH, BBQ, PAELLA, SCALLOPS, MUSSELS, CHEESE, Borough Market is a wholesale and retail food market in Southwark, London, England. It is one of the largest and oldest food markets in London,[1][2] with a market on the site dating back to at least the 12th century. The present buildings were built in the 1850s, and today the market mainly sells speciality foods to the general public. The present market, located on Southwark Street and Borough High Street just south of Southwark Cathedral on the southern end of London Bridge, is a successor to one that originally adjoined the end of London Bridge. It was first mentioned in 1276, although the market itself claims to have existed since 1014 "and probably much earlier"[3] and was subsequently moved south of St Margaret's church on the High Street.[4] The City of London received a royal charter from Edward VI in 1550 to control all markets in Southwark (see Guildable Manor), which was confirmed by Charles II in 1671. However, the market caused such traffic congestion that, in 1754, it was abolished by an Act of Parliament.[5][6]

The Act allowed for the local parishioners to set up another market on a new site, and in 1756, it began again on a 4.5-acre (18,000 m²) site in Rochester Yard.[5][6] During the 19th century, it became one of London's most important food markets due to its strategic position near the riverside wharves of the Pool of London.[5]

The retail market operates on Wednesdays and Thursdays from 10 a.m. to 5 p.m., Fridays from 10 a.m. to 6 p.m., and Saturdays from 8 a.m. to 5 p.m. The wholesale market operates on all weekday mornings from 2 a.m. to 8 a.m. The present-day market mainly sells speciality foods to the general public. However, in the 20th century, it was essentially a wholesale market, selling produce in quantity to greengrocers. It was the main supplier, along with Covent Garden, of fruits and vegetables to retail greengrocers' shops. Amongst the notable businesses trading in the market were Vitacress, Lee Brothers (potato merchants whose signage can still be seen in the market), Manny Sugarman, AW Bourne and Eddy Robbins. JO Sims, the main importer for South African citrus fruit (Outspan), were also located in the market.

Vegetable stall
Stallholders come to trade at the market from different parts of the UK, and traditional European products are also imported and sold. Amongst the produce on sale are fresh fruit and vegetables, cheese, meat, game, baked bread and pastries.

The market is a charitable trust administered by a board of volunteer trustees, who have to live in the area.[10]

Borough Market and the surrounding streets have been used as a film location for such features as Bridget Jones's Diary (2001), Lock, Stock and Two Smoking Barrels (1998) and Harry Potter and the Prisoner of Azkaban (2004).[11] More recently some scenes in The Imaginarium of Doctor Parnassus (2009) were shot there.[12] As reported by the London Evening Standard, the market is available to hire for private events. From 1860, the railway operating companies desired to extend services from London Bridge station into new stations at Cannon Street and Blackfriars in the City and link to the West End at Charing Cross Station. This required a viaduct, but legally, it was impossible by the 1756 Borough Market Act for the Trustees to alienate their property. The compromise was that only a flying leasehold was given to the railway company for the permanent way, but only for as long as a railway operates on it. The Market continues to trade underneath the arches of the viaduct. Each time there is a railway expansion requiring widening of the viaduct, the Trustees receive a full compensation payment. The last major such expansion was the 1901 extended bridge widening; the 21st-century works programme will also make its contribution. These windfalls have assisted in the finances of the market without any loss of amenity to it. A new viaduct was erected above the market and a bridge across Borough High Street completed in 2014.
#londonstreetfood, #streetfood, #boroughmarket 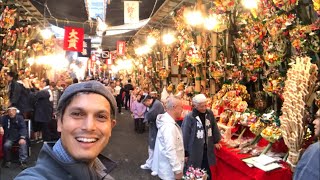 The street food starts after an hour! There was A LOT OF IT around Ohtori Shrine!! Join us for Tokyo’s biggest market festival happening ppppppeld e... 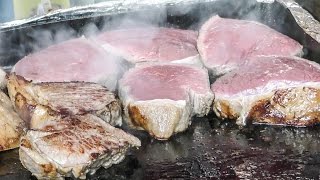 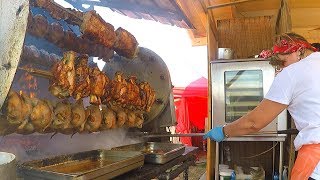 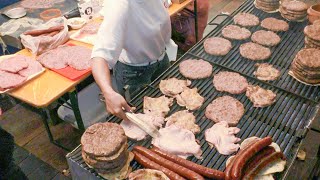 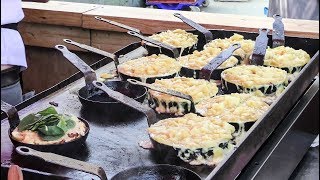 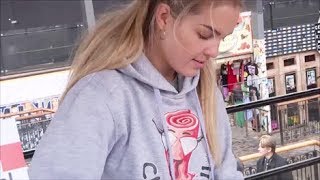 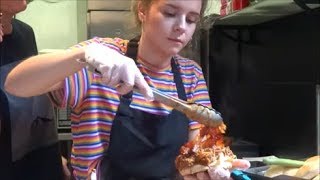 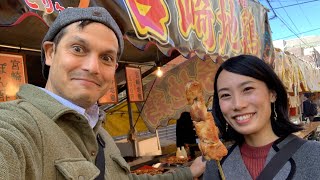 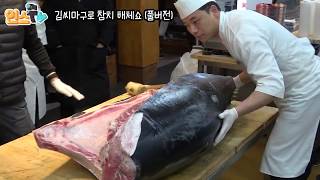 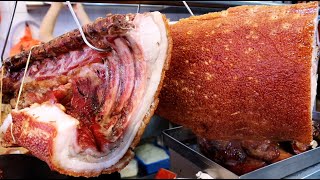 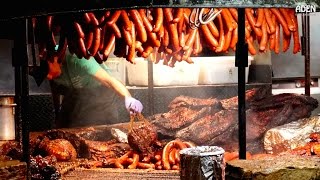 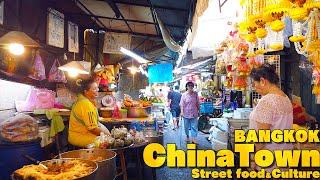 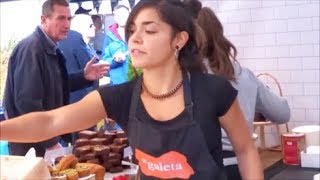 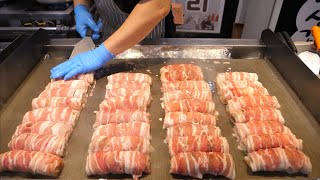 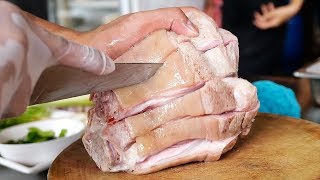 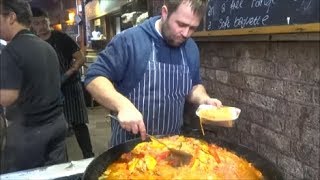 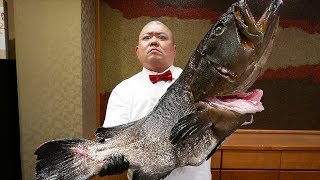 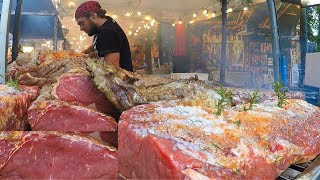 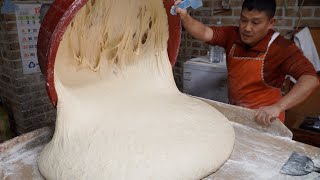